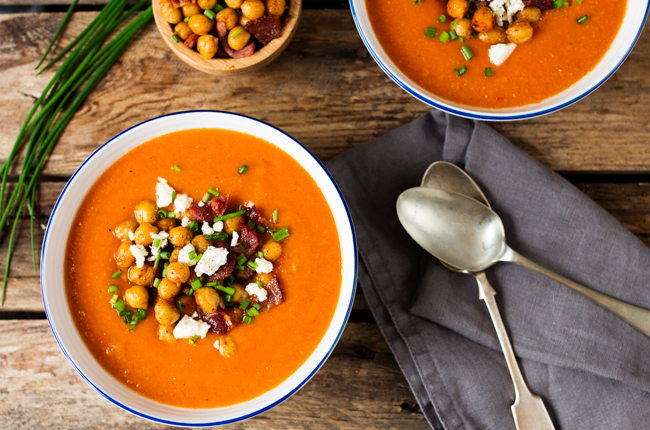 Today I’m bringing you a recipe consisting of tomatoes, red lentils and chillies, blended together into a thick and hearty soup, all topped with crisp, salty bacon, smoky fried chickpeas and tangy, feta cheese.

In fact, if this soup wasn’t so delicious, I could just eat a large bowl of the toppings on their own!

Right now in the UK, the weather is lovely and warm. Summer’s on it’s way, meaning we enjoyed a huge barbecue yesterday. Burgers, lamb, shrimp, salmon, griddled peaches and copious amounts of Sangria.

It really was a great way to kick off barbecue season. However today, I found myself wanting something a little lighter for dinner, but no less tasty.

I was still thinking of those beautiful smoky barbecue flavors, which is what gave me the idea to jazz up some chickpeas by frying them with bacon and smoked paprika. 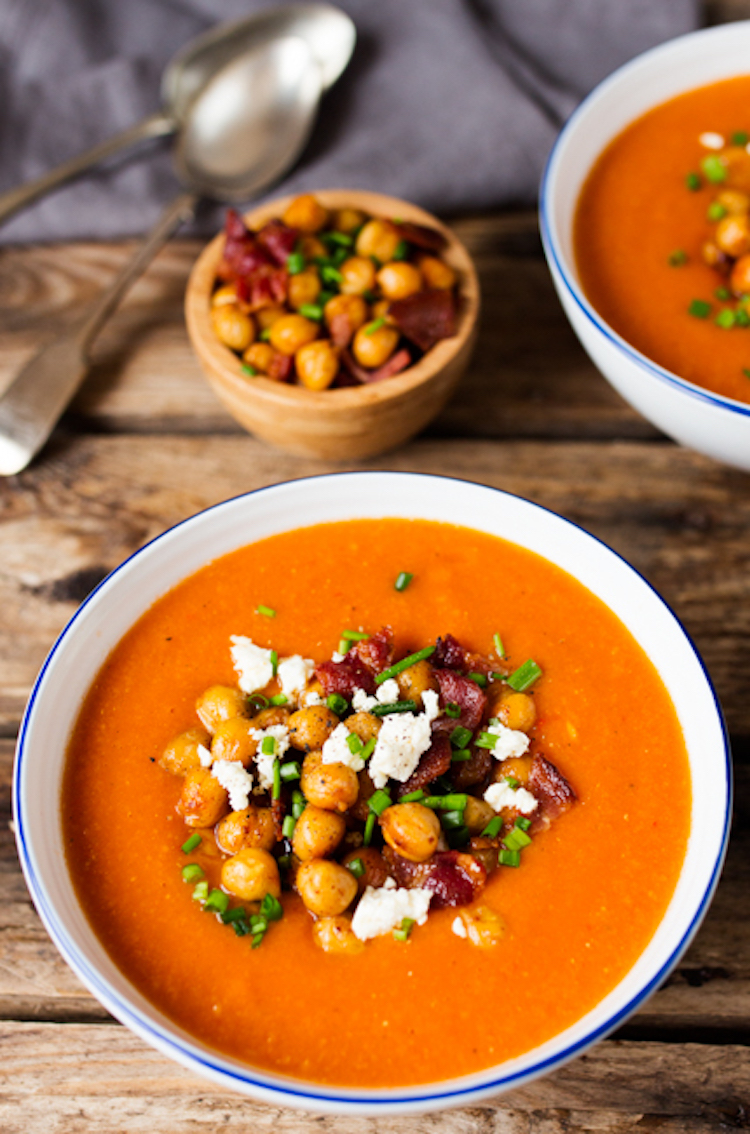 Have you ever tried chickpeas cooked in bacon fat? I’m probably cancelling most of the health benefits of the chickpeas by cooking them in this way, but you know you want to try it…….

In fact, let’s go glass half-full here instead, and decide that we’re not unhealthifying (the red squiggly line is telling me I made that word up, but work with me here) the chickpeas, instead we’re healthifying the bacon. Yes, that works for me.

Toppings aside, I’m such a sucker for soup too. I think it must be one of the most versatile dishes on earth. 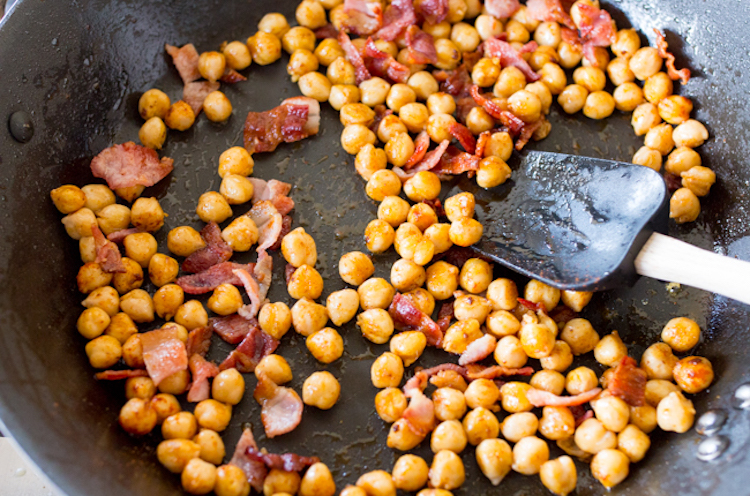 It’s got so many great things going for it:

So we’ve established that it’s great by itself, but have you ever tried it as a sauce for pasta too?

Half a cup of this spicy lentil soup with a handful of chopped, cooked chicken and a sprinkling of cheese, and you’ve got a brilliant sauce to pour over your spaghetti.

You could even use it in place of marinara sauce in lasagne. 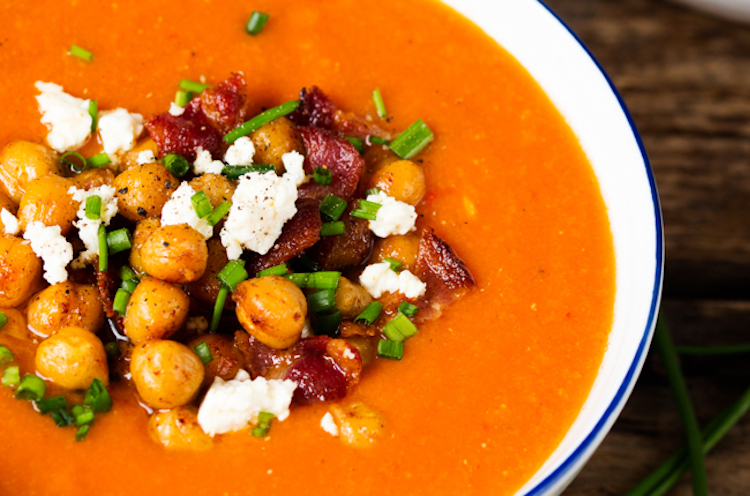 So this recipe, we’re going to fry up some bacon with chickpeas and paprika until they’re golden and delicious.

Soften some onions in a pan and then add garlic, cumin, lentil, stock and chopped tomatoes. Cook until the lentils and soft and tender, then blend up with a good pinch of seasoning. 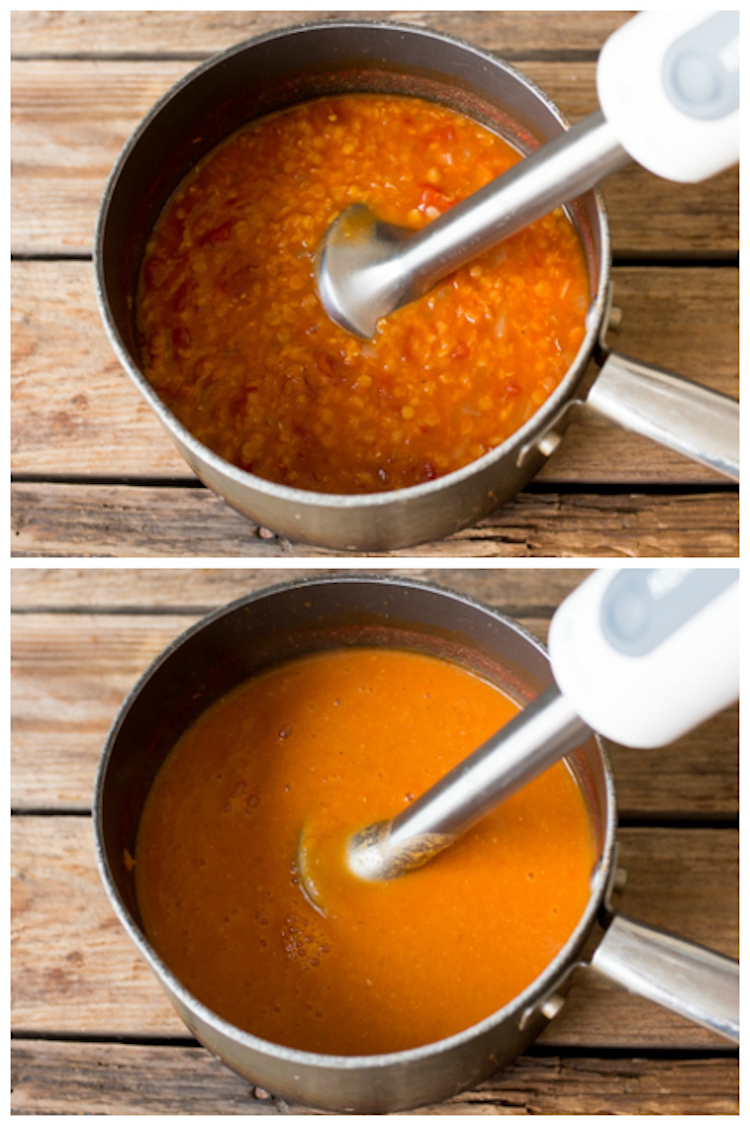 You really could stop there for a delicious vegetarian, vegan (so long as you use vegan bouillon) and gluten-free soup.

However, if you’re not vegetarian and you are a sucker for those toppings like I am, sprinkle on those golden chickpeas and bacon, then take it even further with the addition of some crumbled feta, chives and black pepper. 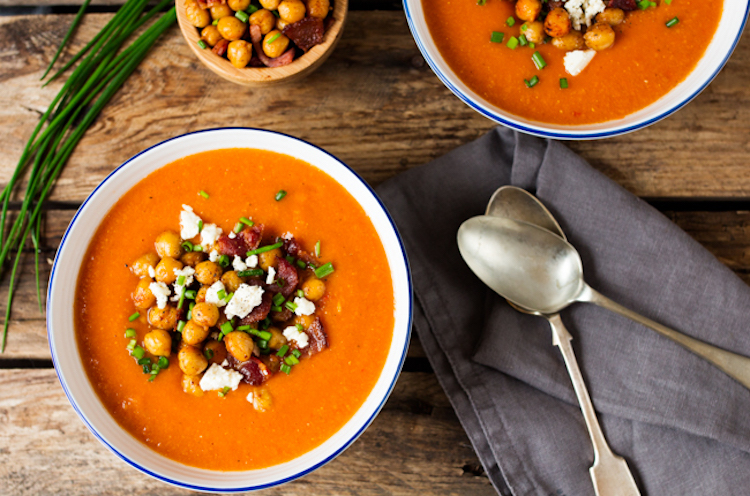 I think it’s best to serve this soup straight away – but that’s purely to ensure the bacon is perfectly crisp.

If you did want to make the whole thing ahead, keep the soup separate (this can be chilled or frozen, then defrosted and reheated when required).

The cooked chickpeas and bacon should be kept together (covered and refrigerated), and then you can reheat these in a hot pan, or the microwave.

The feta, chives and black pepper can also be stored together for those final sprinkles.

If you wanted to take this soup to work, I would heat the soup until piping hot in the microwave – sprinkling the cooked chickpeas and bacon on top for the last minute of cooking.

Add the feta, chives and pepper when cooked. You’ll be the envy of all your colleagues! 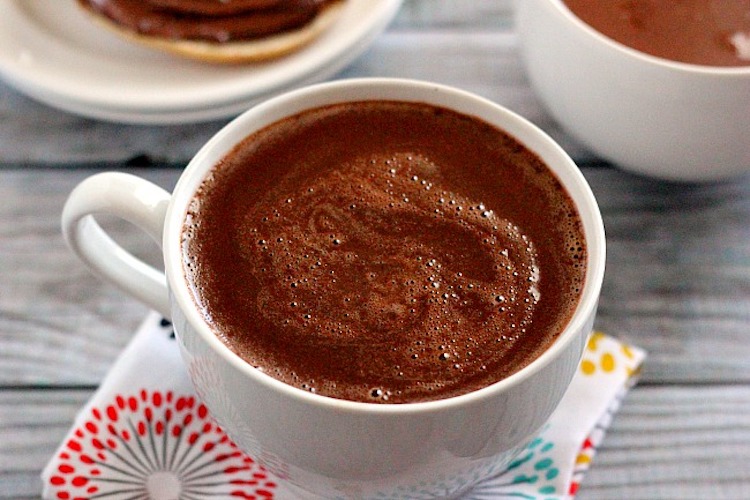 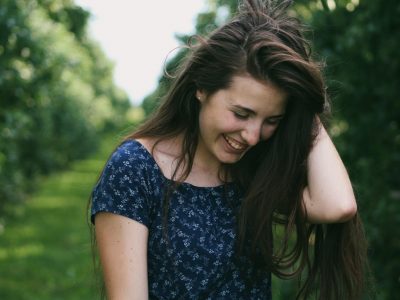 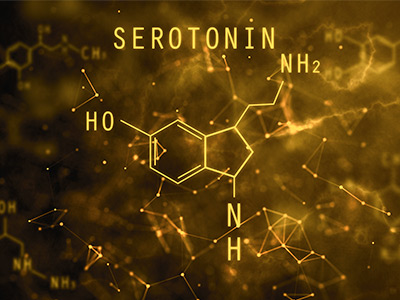 Ways to Increase the Serotonin in Your Brain 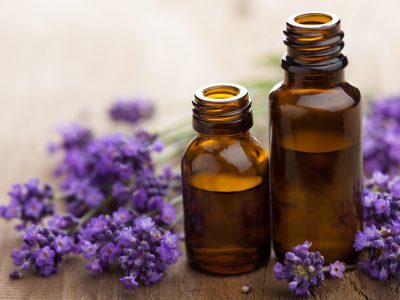 How to Get Rid of a Rash Under Breast: 10 Home Remedies 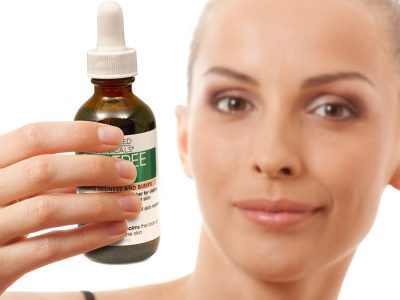