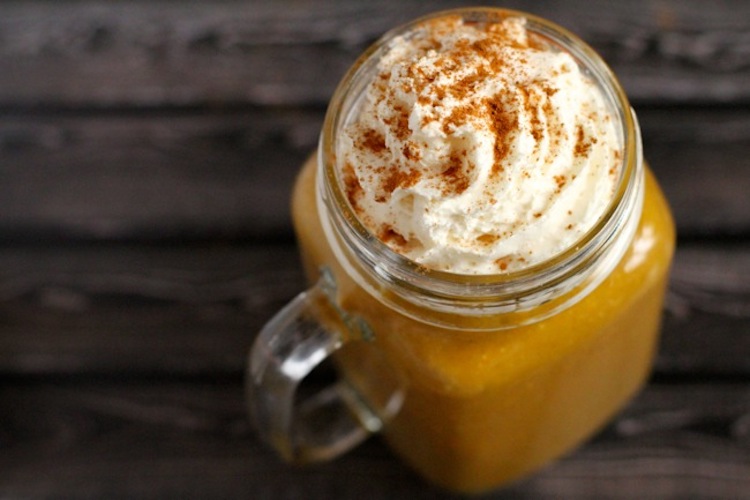 At a time of the year when most people are turning to soups to warm themselves up in the increasingly cooler temperatures, you’re looking at a girl who’s still sipping on cool and creamy smoothies… even if it means that she has to do it while bundled up in a cozy hoodie and/or hanging out next to the fireplace.

It’s not that I don’t like soup — it’s just that I kind of forget how much I enjoy it until I actually have some, and I don’t actually have some unless someone else makes it because chopping tonnes of veggies and waiting for them to release their aromatic essence takes too much time, and patience is not my strongest virtue… at least not when it comes to food.

The 5 minutes it takes to throw a delicious smoothie together, though? That I can do. 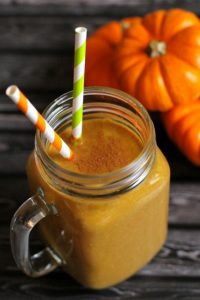 I will admit, though, that fruity smoothies don’t really sound all that appealing anymore. Berries are so 3 months ago, and my frozen mangoes never seem to make it into smoothie form because I’m too busy eating them straight from the bag.

Have you ever tried that? They’re deliciously creamy and sweet — almost like a sorbet! But I digress…

Enter pumpkin… and while you might be raising your eyebrows at me and thinking “Is she serious?!?,” I’ll have you know that pumpkin makes a wonderful addition to drinks… evidenced by the insanely popular pumpkin spice latte from Starbucks.

The only difference is that this smoothie actually has real pumpkin in it as opposed to an artificial tasting, chemical-laden syrup, and it doesn’t come with a whopping 12 teaspoons of added sugar.

Can you tell I’m not a huge fan of the PSL? But I digress… again. Back to the smoothie! 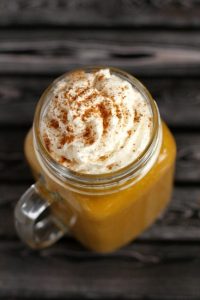 Can I just call it perfection and leave it at that? No? Geez you guys are a demanding bunch. Fine, fine… let’s talk deets. First, this is what I’d call a “heartier” smoothie.

What’s that mean, exactly? Well, rather than being light and refreshing, this smoothie is wonderfully thick and comforting… if a cold drink can be called comforting.

The pumpkin adds a certain earthiness, which pairs perfectly with the subtle taste of coffee. Not a fan of coffee? You can easily sub it out for regular milk or even a cooled black tea.

Actually, chocolate milk or chai tea sound like a fabulous idea… making a mental note to try that in the future. Done.

The best part is that not only is this smoothie delicious, but you can enjoy it knowing that you’re doing a good thing for your body. Pumpkin is a nutritional powerhouse, packing in an impressive amount of vitamin A and fibre that’ll help keep us looking and feeling our best.

Instead of added refined sugars, this pumpkin smoothie is sweetened with the natural sugars found in bananas and maple syrup, which you can easily replace with honey or even a couple of medjool dates.

And if you’re not crazy like me, you can throw this smoothie into a pot and heat on the stovetop for a couple of minutes after blending it. And might I suggest adding a little bit of whipped cream? Just because it’s good for the soul… 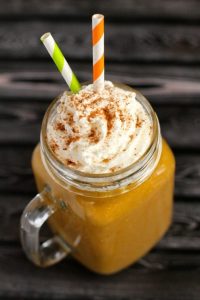 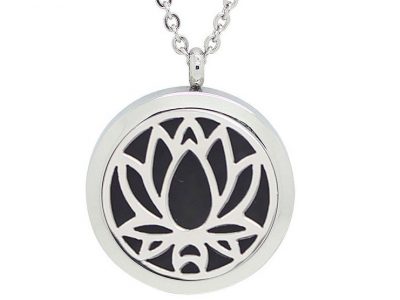 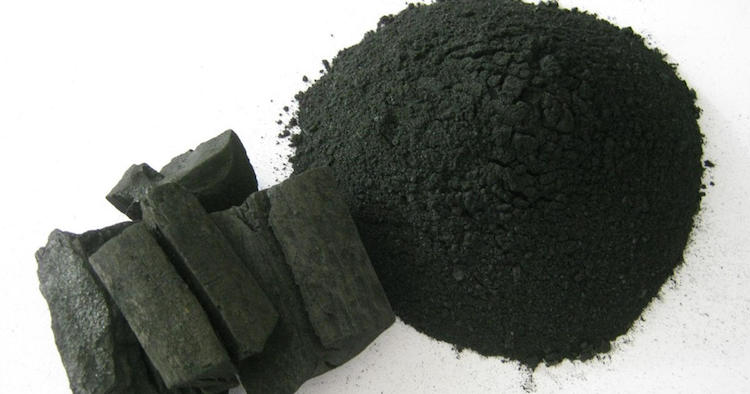 13 Stunning Uses For Activated Charcoal That Will Improve Your Life 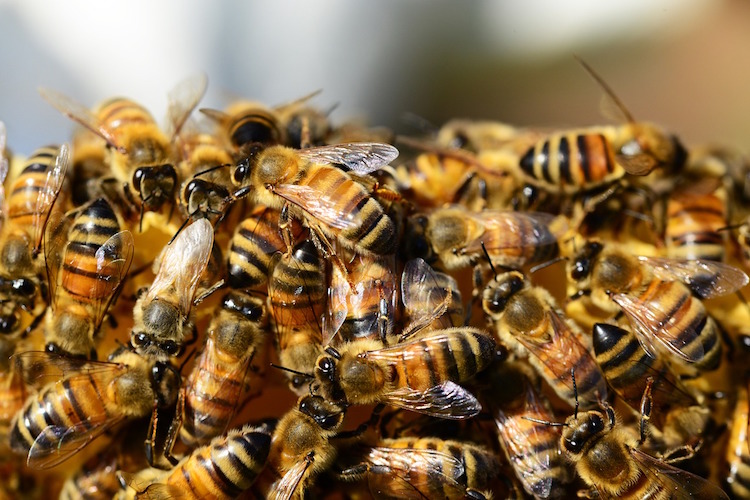 11 Ways You Can Help Us Save The Bees From Extinction 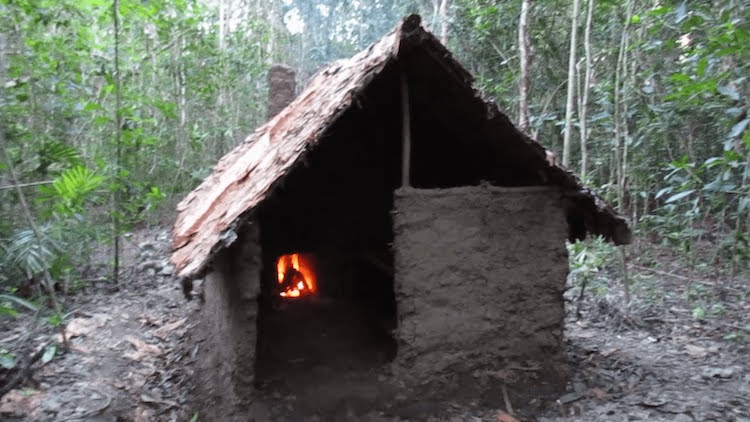 10 Primitive Survival Shelters That Could Save Your Life 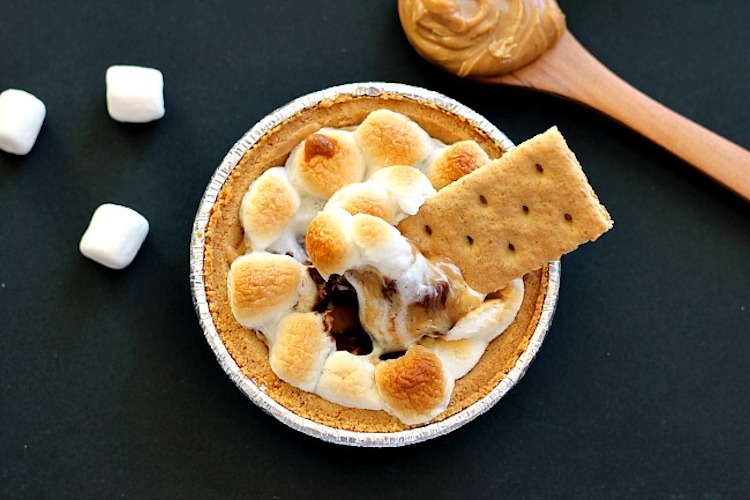