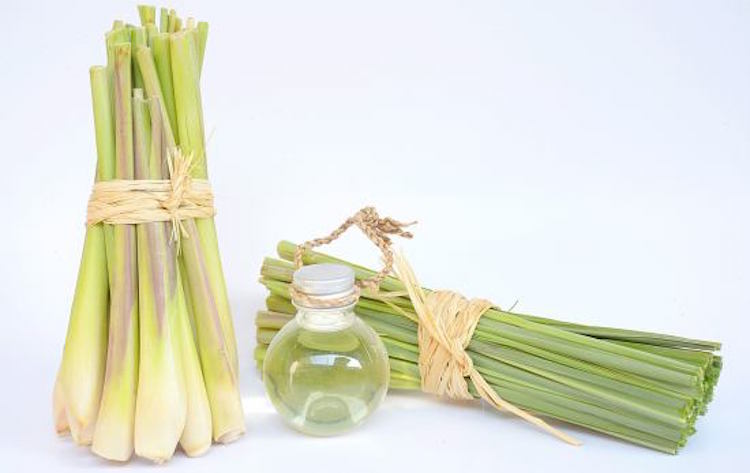 The lemongrass plant (Cymbopogon), which is also sometimes called fever grass, is a genus of plants in the grass family (Poaceae). It is a perennial that is native to many countries in Asia.

There are over 50 species of lemongrass, but the two most commonly used to make essential oils are Cymbopogon citratus and Cymbopogon flexuosus.

In 2011, the Journal of Advanced Pharmaceutical Technology & Research compiled a list of the health benefits of lemongrass. Their article concentrated on the species C. citratus. According to the article, lemongrass has antifungal, antiprotozoan and antibacterial properties.

It can therefore be used to treat a wide range of diseases and infections. The paper referenced one study that found that lemongrass oil could suppress the growth of Plasmodium berghei, which causes malaria, by 86.6 percent.

Lemongrass is edible and is used in several Asian cuisines. It is a very versatile plant that can be used in dishes like soups, salads, curries and drinks like tea. Lemongrass is a good source of many nutrients, including the following: Vitamin A, Vitamin C, calcium, copper, folate, iron, magnesium, manganese, phosphorous, potassium and zinc.

Many markets sell dried and fresh lemongrass. It can also be sold as an essential oil. Some places sell the tea in ready-to-use teabags. People can also make the tea at home by steeping a teaspoon of dried or fresh lemongrass in a mug of hot water for 10 minutes.

Lemongrass oil can cause irritation if applied as is to the skin. To prevent such a reaction, it should therefore be diluted and/or mixed with something else.

A common formula is two drops of lemongrass oil to a teaspoon of a carrier oil, with the lemongrass making up roughly two percent of the solution. 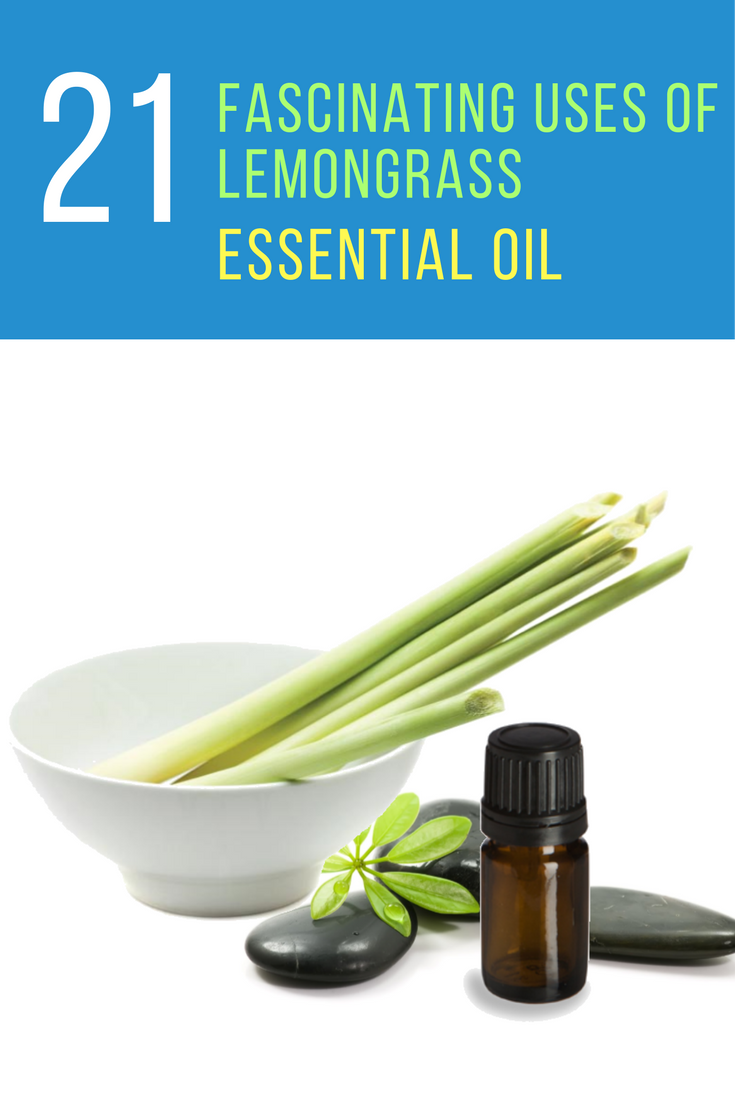 Researchers at the Ben Gurion University in Israel discovered in 2007 that lemongrass can destroy cancer cells. One of the components of lemongrass is citral, which gives the plant its lemony odor and flavor. Citral triggers apoptosis or programmed cell death in cancer cells without harming normal cells.

Israeli doctors have since begun advising cancer patients to drink lemongrass tea. They recommend patients who are undergoing chemotherapy or radiation therapy to drink eight glasses of lemongrass tea on the days of their treatment.

In 2007, scientists in Nigeria conducted experiments in which they fed an extract made from the leaves of C. citratus to rats for six weeks. The researchers weighed the rats every two weeks and took blood samples from them at the end of the six weeks. They found that the rats’ cholesterol levels had dropped.

In 1989, researchers at the University of Wisconsin gave 140-milligram capsules of lemongrass oil to patients with extremely high cholesterol levels. The volunteers’ cholesterol levels declined by an average of 20 points a month after they started taking the capsules. The most responsive patients lost 25 points during that same month.

Lemongrass contains a lot of potassium that helps it regulate and lower blood pressure. It is also a vasodilator, which means it expands and relaxes the walls of the blood vessels.

It therefore also boosts the circulation. Drinking lemongrass in either tea or juice form every day can help lower blood pressure.

Lemongrass has antidepressant properties. It can stimulate the release of serotonin, a chemical in the brain that helps improve a person’s mood. Lemongrass also contains citronella, a substance that calms a person.

When being used as an anti-depressant, lemongrass can be drunk as a tea. It can also be used in aromatherapy by putting a few drops of lemongrass essential oil in a diffuser or even on a cotton ball. Massaging lemongrass oil into one’s temples can relieve fatigue.

Lemongrass has pain-relieving and anti-inflammatory properties that make it useful for treating conditions that cause joint pain like osteoarthritis, gout, arthritis and rheumatism. It also relaxes muscles and can be used to treat pain caused by sprains or muscle spasms.

Lemongrass oil can be mixed with coconut oil and then massaged onto the sore muscle or joint. It can also be made into a salve for arthritis by mixing it with beeswax, olive oil and lanolin.

Massaging lemongrass oil onto the abdomen will relieve indigestion. It can be used on its own or mixed with almond oil to treat indigestion.

Lemongrass tea contains antiseptic compounds that kill parasites and bacteria in the digestive tract, and it helps beneficial bacteria repopulate the colon or large intestine.

The tea can be used to treat digestive problems like diarrhea, constipation, heartburn, vomiting and flatulence. It contains anti-microbial compounds that make it an effective treatment for gastroenteritis.

Lemongrass is also sometimes called “fever grass,” and it owes that name to its efficacy in treating fevers. People have used lemongrass to treat fever for generations.

The fever remedy can take the form of an oil or an infusion. One remedy recommends mixing lemongrass oil with coconut oil and smearing the resultant salve on the chest, soles of the feet and back of the neck.

Lemongrass is a natural diuretic that reduces fluid buildup. As such, it increases the frequency of urination and thus removes uric acid, bad cholesterol and a variety of toxins from the body.

Lemongrass tea can help purify the kidneys, liver, pancreas and bladder. When being used to detoxify the system, lemongrass can also be added to a soup or even water.

9. Lemongrass is a great insect repellent

Lemongrass repels fleas and can be used on dogs. Putting a few drops on a bandanna or collar will keep Fido flea-free. Cats tend to be more sensitive to essential oils than dogs, so cat-owners should talk to their vet before using lemongrass.

Related: These 14 Plants Actually Repel Mosquitos For You

10. Lemongrass can give you great skin

Lemongrass has antibacterial, anti-fungal and antiseptic properties so it prevents microbial or fungal growths on the skin. It is also an astringent and keeps too much oil building up on the skin and can be used to treat acne.

Lemongrass can be used to make a facial mask by mixing three drops of lemongrass oil with three tablespoons of bentonite clay and one drop of almond oil. Water should be added to the mixture until it has a consistency like toothpaste. It should then be applied to the face and allowed to sit for 15 minutes.

Lemongrass is a natural deodorant. Its main chemical component is citral, which has a strong lemony smell. Citral also has powerful antimicrobial properties, so it can kill the bacteria that cause body odor.

Lemongrass can also help control excessive sweating and is often an ingredient in commercial deodorants. It can be added to a salve or lotion to reduce body odor.

Lemongrass is a galactogogue or substance that boosts the production of milk. That makes it a boon for nursing mothers.

In addition, lemongrass adds its antibacterial qualities to the milk and thereby helps protect babies from infections. Nursing mothers should drink one or two cups of lemongrass tea per day.

Lemongrass has a lot of Vitamin C that helps the body fight off infections, and it has antibacterial properties that kill the microbes that cause colds and flu.

Lemongrass can provide relief from the congestion caused by upper respiratory infections by breaking down the mucus. It is an especially effective treatment for asthma and bronchitis.

One recipe for a medicinal drink alleviating upper respiratory ailments calls boiling fresh lemongrass with a cup of milk, small piece of cinnamon stick and two or three cloves. The patient should drink the mixture once a day.

Lemongrass can be used to treat any headache, regardless of whether it’s caused by allergies, hormones or stress. Applying several drops of diluted oil to the temples can relieve a headache as soon as it starts.

Lemongrass oil is particularly useful for people who are sensitive to peppermint oil, another natural headache remedy.

15. Lemongrass can be used to treat wounds

Lemongrass is an antiseptic and can prevent infection. When mixed with saline or witch hazel, it can be used to flush wounds. Its antibacterial and anti-fungal properties mean that it can also prevent types of infection.

16. Lemongrass can help clean the home

Lemongrass can be used to make anti-bacterial cleaning products. It can be used in a diffuser or vaporizer to kill airborne bacteria. In addition, lemongrass has a pleasant, lemony smell, so it will make things smell good, too.

Related: 10 Ways to Use the Natural Magic of Vinegar to Clean Your Home

Lemongrass has anti-fungal properties and can therefore be used to treat fungal infections like ringworm or athlete’s foot. It can be made into a salve and rubbed onto the feet several times a day. Lemongrass is equally effective against internal and external fungal infections.

Lemongrass is a sedative. It can therefore calm a person and help them sleep better, in terms of both duration and quality of sleep. Rubbing diluted lemongrass oil or a body lotion containing lemon grass on the soles of the feet can promote sleep.

19. Lemongrass is an antioxidant

Lemongrass has antioxidant properties and can thus protect the body’s cells from free radicals. These are unstable molecules that interact with proteins and DNA and can cause chronic diseases like cancer. Lemongrass stops such interactions.

Lemongrass can help revive someone in a state of shock by stimulating their circulatory system. Upon finding someone in shock, immediately put two drops of lemongrass oil on a cotton ball and place it under the patient’s nostrils.

Lemongrass can be used to relieve fatigue. To get a natural energy boost before a workout, add two drops of lemongrass oil to a teaspoon of coconut oil and massage it into the temples. Lemongrass tea also boosts energy.

Will You Give Lemongrass Oil a Try Today?

As can be seen, lemongrass is a versatile plant with many health benefits. Some of the benefits have been proven by scientific research – and that research has also demonstrated that lemongrass can work as well as conventional treatments.

In addition to being versatile, lemongrass is easy to use and prepare. Many of the treatments call for simply making a tea or a diluted oil that can be rubbed on the skin. The treatments used for aromatherapy are equally simple. So buy lemongrass and use it to treat what ails you.

Want to buy some lemongrass oil for yourself? Click here to buy some.

Getting Started With Oils? 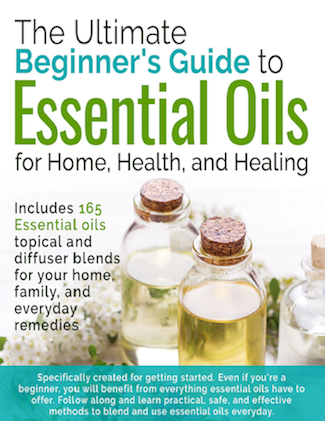 Then grab your copy of The Ultimate Beginners Guide to Essential Oils that will teach you everything you need to know about oils.

You will learn best safety practices, over and uses, how to build your own essential oil toolkit, and recommended companies you should buy your oils from. 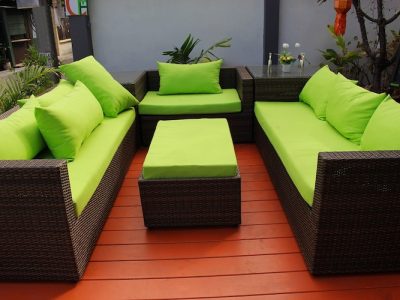 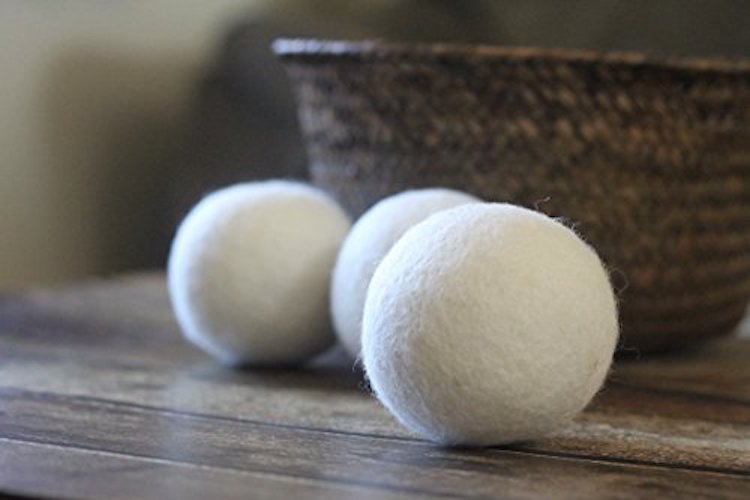 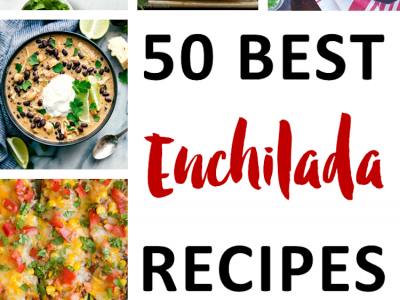 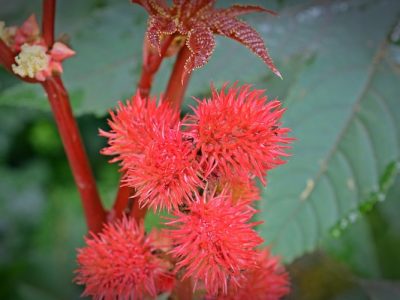 15 Epic Uses For Castor Oil For Your Skin, Hair & Health 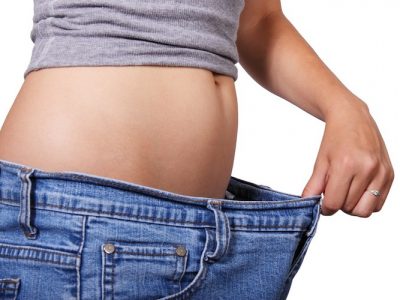