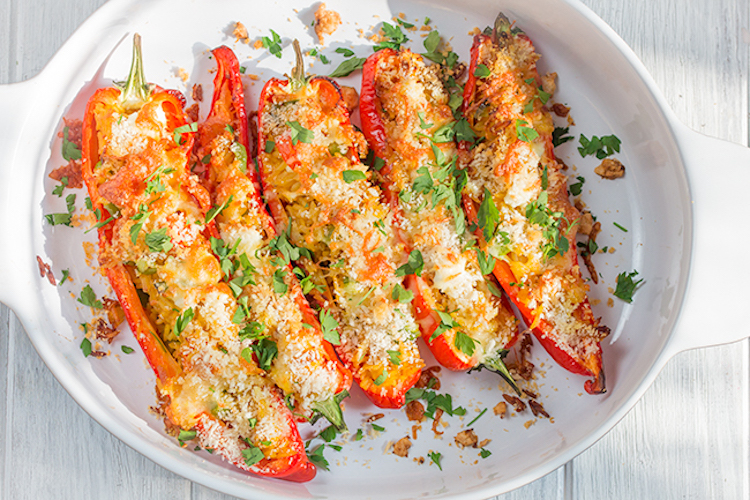 [adinserter block=”1″]
Be prepared to fall in love with a 100% meat-free meal. I’m not joking, these peppers are packed with so much flavor you’ll want seconds and then thirds.

Filling and nutritious, they can easily be served as a main dish with some salad – or just on their own.

If you’d prefer to serve them as a side-dish, they also go really well with salmon, lamb kebabs, roast chicken or anything off the BBQ.

Ooh that reminds me – BBQ season is coming! I can’t wait for sunny days with a cold beer in hand, food sizzling away, the kids splashing in the paddling pool and music playing in the background.

Yes, we are those neighbors.

We only managed a couple of BBQs last year and I’m determined to make up for it this year!

Spring has arrived, and I might even haul the BBQ out early – after all it’s the perfect weather to make these amazing stuffed peppers. 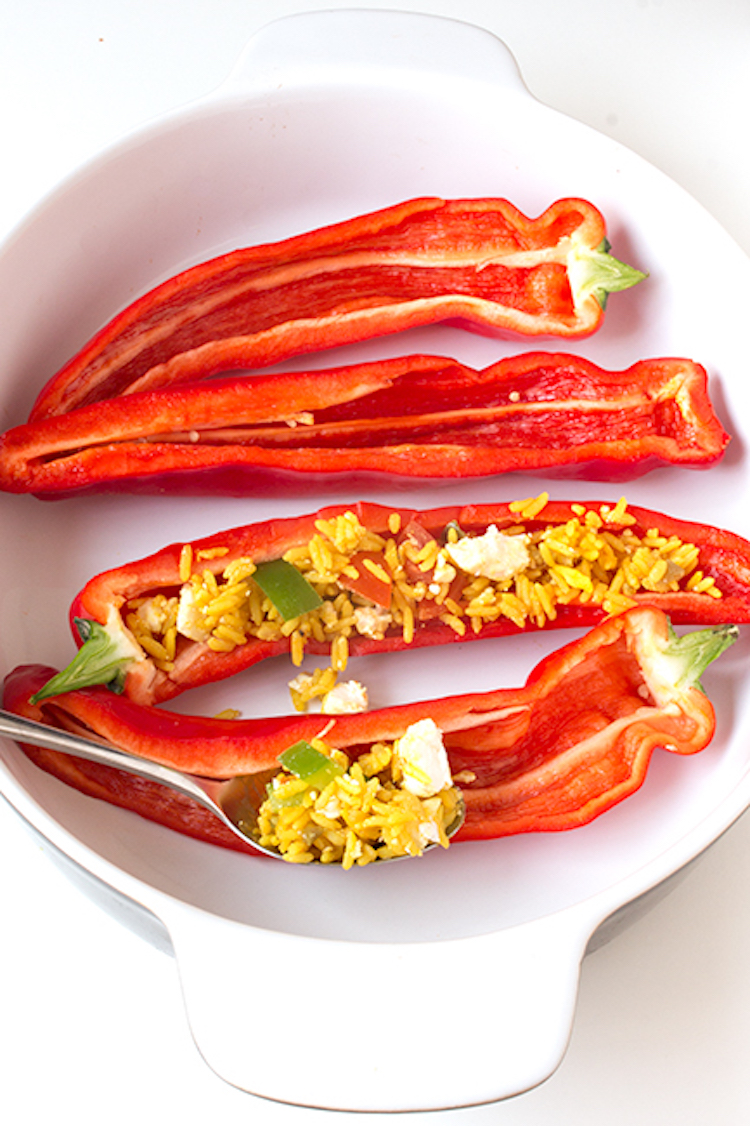 I’m also using easy-cook rice. I don’t normally use easy-cook – preferring the slightly clumpier long grain rice – but it works perfectly in this recipe because the grains don’t stick together.

The rice is cooked with spices and stock so it absorbs all of the flavors as it’s cooking. Then it’s simply a case of stirring in the feta and lemon juice and topping with panko breadcrumbs and cheese before cooking in a hot oven until the cheese has melted and the breadcrumbs are a lovely golden brown.

If you’re short on time you can use ready rice (you know, the pre-cooked microwaveable stuff), just cook the spice ingredients first and then add the rice and heat through. It won’t have quite as much depth of flavor, but it will still be delicious.

A little tip on the cardamom pods too – get a needle and thread and sew them together. The thread should easily go through the dry skins of the cardamom, and it means it’s a lot easier to fish out later. I’ve bitten down on a stray cardamom pod a few times, and it’s not pleasant!

An extra bonus for this recipe is that it’s great to make ahead. Just prepare the rice mixture and then stuff the peppers and top with cheese, then cover and refrigerate for up to a day.

When it’s time to cook them, uncover and sprinkle with the panko and a little oil before cooking in a hot oven. This makes the stuffed peppers great for those rushed after-work weekdays, or as one of the dishes you can prepare ahead when you’re having your own BBQ.
[adinserter block=”2″] 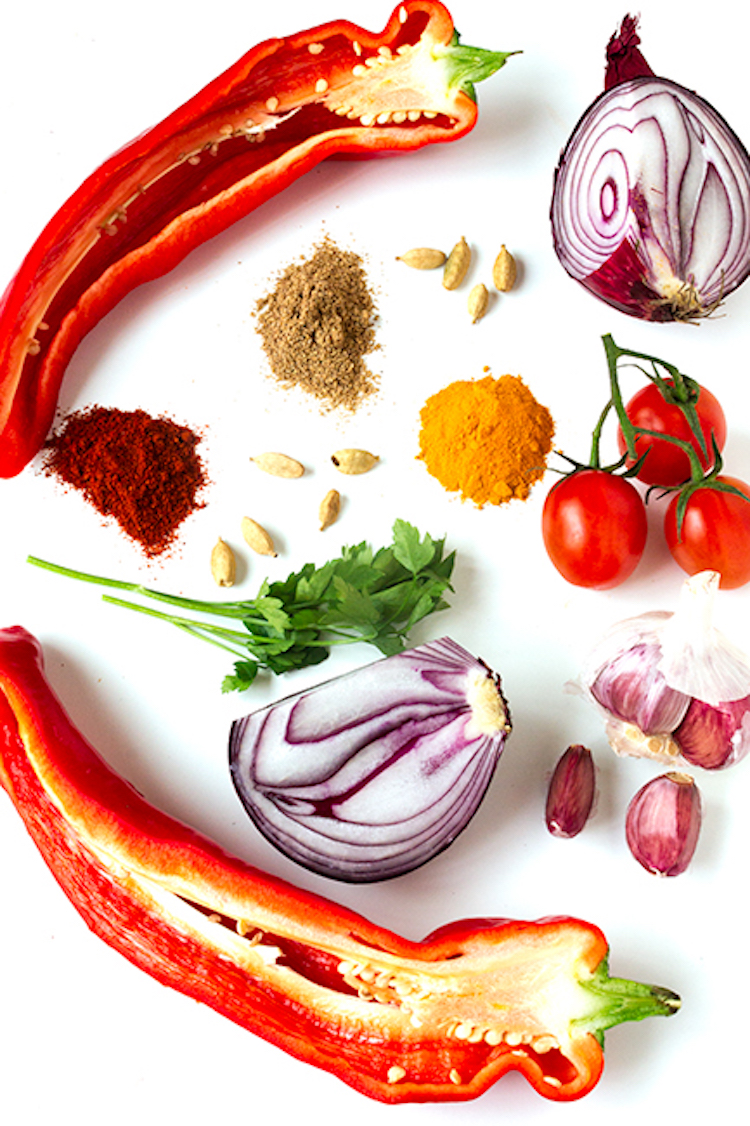 If you also wanted to cook them on the BBQ, then I’d recommend cooking them without the breadcrumbs. Cook them for about 10-15 minutes on a part of the grill that’s not too hot.

If the skin of the peppers starts to char too much, then wrap the peppers in some foil and continue cooking. If you’d still like to have the crispy breadcrumb topping, then sprinkle the breadcrumbs on at the end and place under a hot grill/broiler for a couple of minutes until browned. 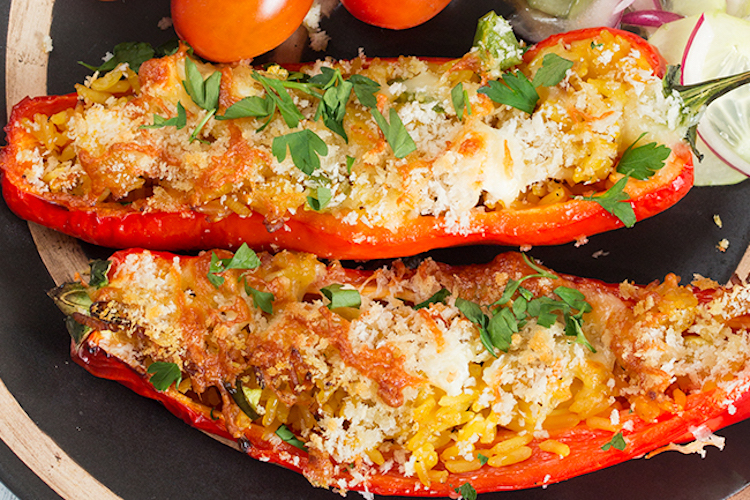 This recipe will also leave you with some leftover rice. You could either serve it with the peppers, or I like to cool, cover and refrigerate it. Then I’d serve it the next day with some spinach or watercress for a lovely cold rice salad. 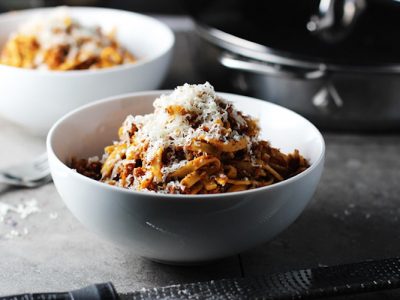 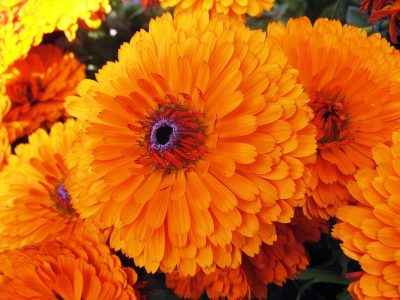 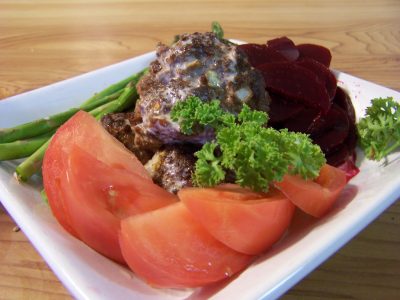 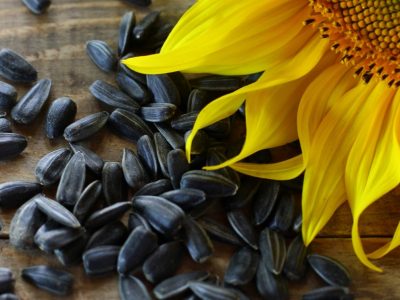 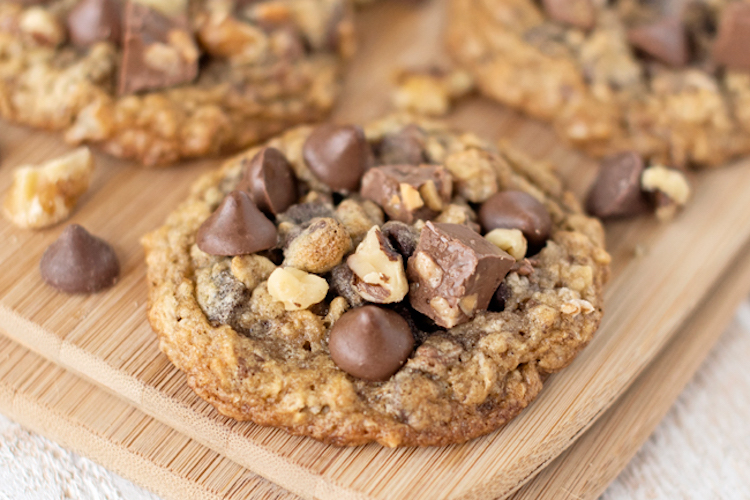