Home » Blog » 12 Most Noticeable Signs You Have A Gluten Intolerance 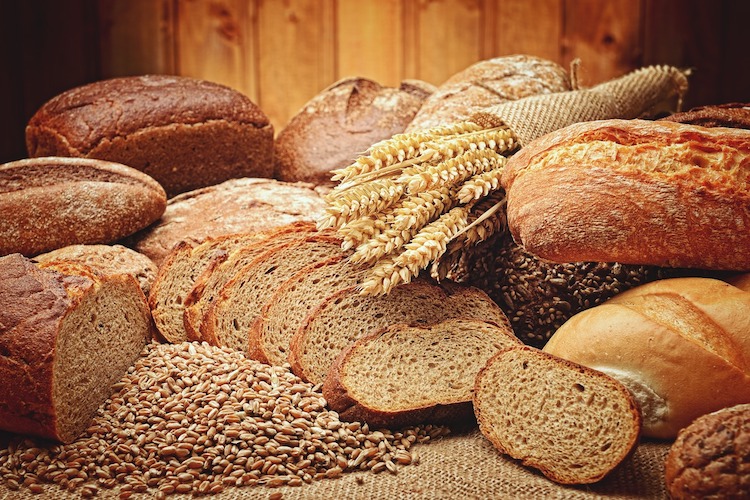 In the media and on products, there is all of this talk about being “gluten-free.” What exactly is gluten? Gluten is a protein found in foods such as rye, wheat and barley.

Some people are intolerant to gluten to various extents. The most serious gluten intolerance is referred to Celiac disease.

It is an autoimmune disease that 1% of the population suffers from. Gluten sensitivity, especially Celiac disease, can result in a damaged digestive tract.

Many of them go hand in hand with each other. If you want to watch a short video about it, a man by the name of Dr. Josh Axe explains it on YouTube in roughly 4 minutes.

You may have gluten sensitivity if you experience any of these 12 symptoms: 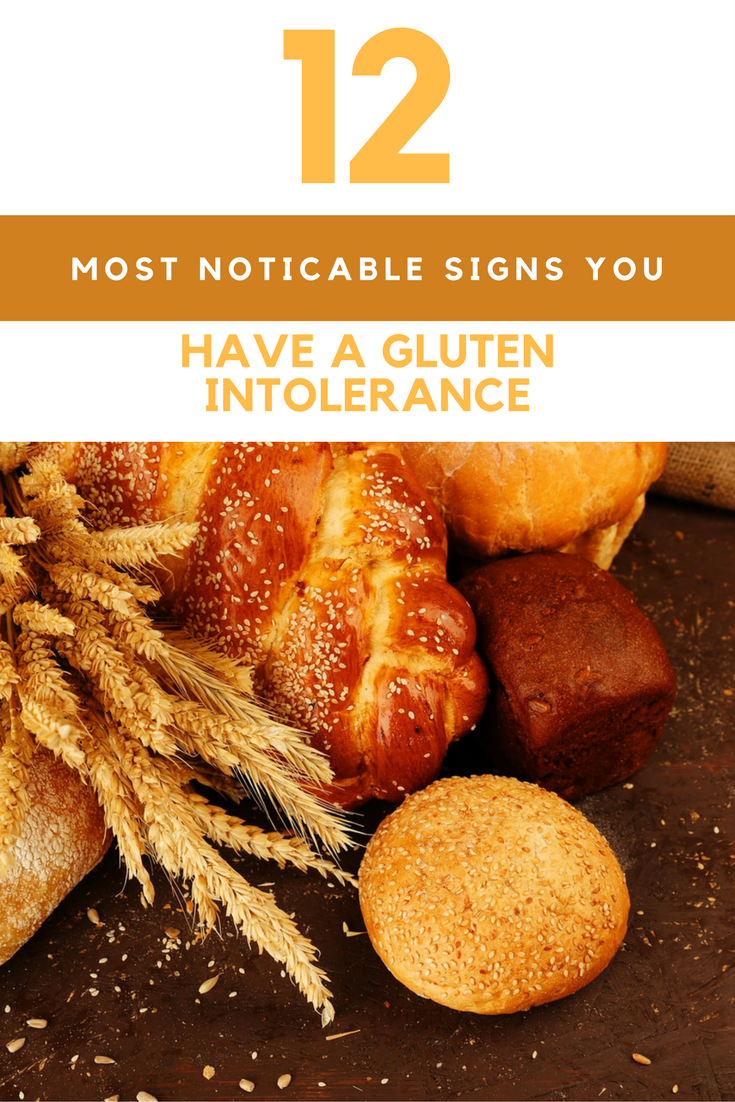 Bloating in your belly

Bloating is when your belly is filled with gas and/or swollen. It can be caused by anything. Bloating is especially common for people who have gluten sensitivity.

In an Italian study, it was found that 87% people of people who had gluten sensitivity were bloated.

You may be wondering why you always wake up fatigued, even after having a proper night’s sleep. Well, it could be the gluten. People with Celiac disease and gluten sensitivity are not able to absorb as many nutrients, so they feel fatigued.

Some people who have Celiac disease form a blistering skin condition that goes by the name of dermatitus herpetiformis.

There are various other skin conditions that have shown notable improvements from gluten-free diets. These skin conditions include alopecia areata, psoriasis and chronic urticaria.

There is a condition called Keratosis Pilaris. In this condition, people get “chicken skin” on the back sides of their arms. This is a result of vitamin A and fatty acid deficiencies.

Brain Fog is when you are unable to think clearly. People who have brain fog have mental fatigue, feel cloudy in their minds and easily forget things. You may have a hard time focusing on tasks or studying.

The exact reason for why brain fog happens to people with Celiac disease and gluten sensitivity is unknown. However, some people think that it has to do with certain antibodies reacting to gluten.

Pain in the muscles and joints

People with gluten sensitivity may experience inflammation in places like muscles and joints.

Also, it is believed that people with Celiac disease have nervous systems that are more sensitive and more excitable. Because of this, sensory neurons that make us feel pain in our muscles and joints may be activated more often.

When we have pain in our muscles and joints, many of us worry that we have serious problems with our bodies that are more difficult to fix. In fact, there are plenty of people out there who have painful, debilitating muscle and joint conditions that are incurable.

However, for many people, just taking out a factor in one’s lifestyle, such as consuming gluten, may reverse the problem.

Both adults and children can get ADHD. Attention Deficit Hyperactive Disorder is when a person has high levels of energy, cannot sit still and cannot focus. When people find out that they or children have it, they use prescription drugs to solve the problem.

However, that hyperactive, flighty feeling could be coming from a gluten-rich diet that is setting one’s body out of balance.

There have actually been studies done where children with ADHD became better behaved and felt better after being administered a gluten free diet.

Before you pick up that pill bottle and either administer harsh drugs from big pharma to yourself or to your child, consider the idea that gluten could be throwing things off balance.

People with digestive issues are more prone to feeling depressed. According to C. Hallert and T. Derefeldt, it was found in a study that Celiac patients were more likely to have psychiatric illness.

There are many theories for why this is. For example, one theory is that gluten intolerance leads to lower, more abnormal serotonin levels.

Another theory is that gluten sensitivity affects the nervous system by affecting the bacteria in the gut and the types of peptides produced by gluten.

Just like ADHD, depression is a condition that many people like to pop pills for. Word to the wise: before your start popping pills, think about the possibility that gluten may be making you depressed.

Anxiety, just like depression, is another soul-crushing symptom of gluten sensitivity. Symptoms of anxiety include nervousness, restlessness, a racing mind, impending feelings of doom, insomnia, difficulty focusing, panicking and a whole host of unpleasant physical symptoms.

Anxiety can turn what should be a calm, peaceful time into a tense, shaky, unpleasant, anxiety-ridden moment.

This is another pill-popper type of condition. Again, please consider the idea that you may have gluten sensitivity before your start to pop pills or self medicate.

Having Autoimmune diseases other than Celiac

Interestingly, having autoimmune issues other than Celiac can mean that you have gluten sensitivity. Some of the conditions include autoimmune thyroid disorders.

In a study that occurred in Sardinia, Italy, it was found that a higher prevalence of autoimmune thyroid disorder was found in people who had Celiac disease. It is also interesting to note that this was especially found in Celiac patients who had a DQB1*0502 genotype.

Issues with your teeth.

Surprisingly gluten sensitivity can result in dental problems. For example, gluten may keep your body from absorbing calcium, leading to weaker teeth and bones.

You may experiences more chips and cracks in your teeth. In the journal BMC Gastroenterology, there was an article about how gluten sensitivity is linked to mouth ulcers.

When a person has any level of sensitivity to gluten, his or her body may have trouble absorbing nutrients. As a result, a person may develop deficiencies. The most obvious and prevalent deficiency is iron deficiency.

Gluten may affect the menstrual cycles of women, causing periods to be irregular. It can also cause symptoms of menstruation to be more intense. In men and women, gluten may contribute to infertility.

You may constantly feel bloated, depressed, anxious, inflamed, sore, irritated, unable to focus, weak and fatigued, and you may not understand why you feel this way. Well, gluten sensitivity might be the answer.

So, before you start adopting a hopeless attitude and letting how you physically and emotionally feel rule your life, you should really consider the possibility that you might be able to take charge of things by finding out whether you have gluten sensitivity.

Before trying any harsh treatments or medications, you should think about omitting gluten from your diet as much as you can. 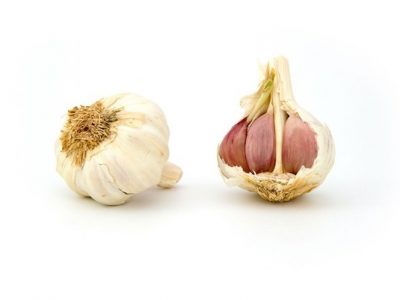 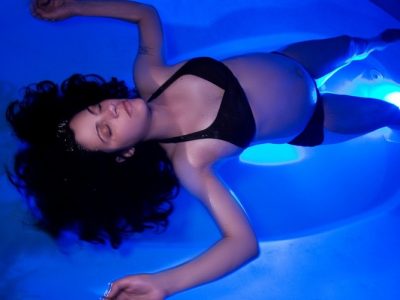 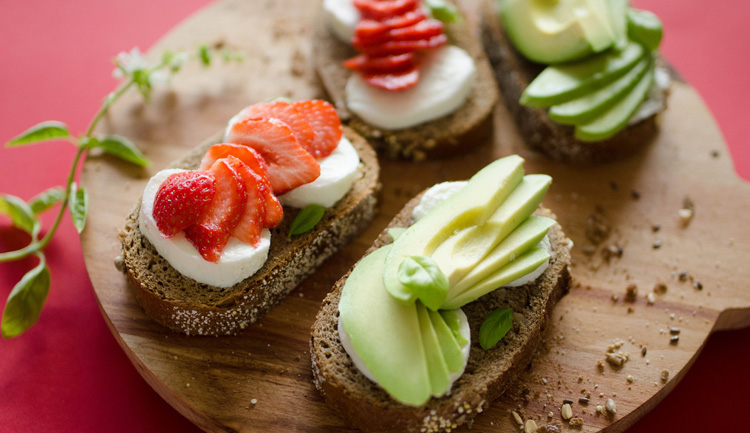 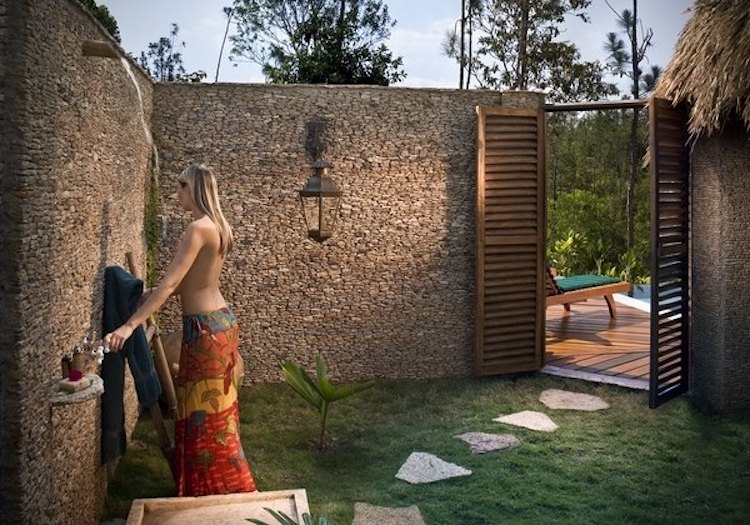 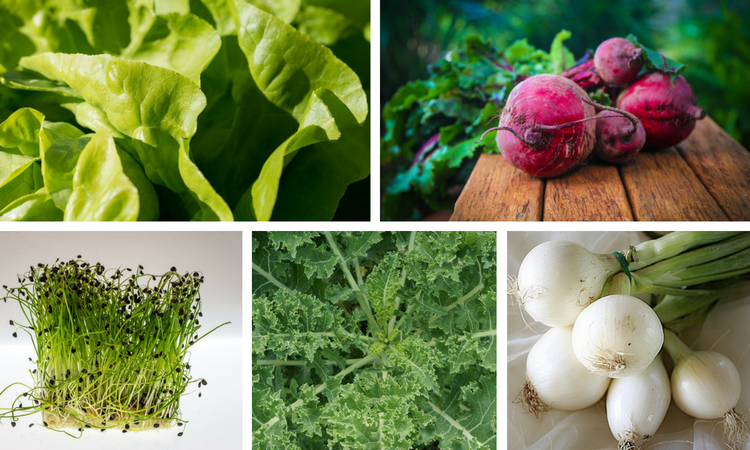