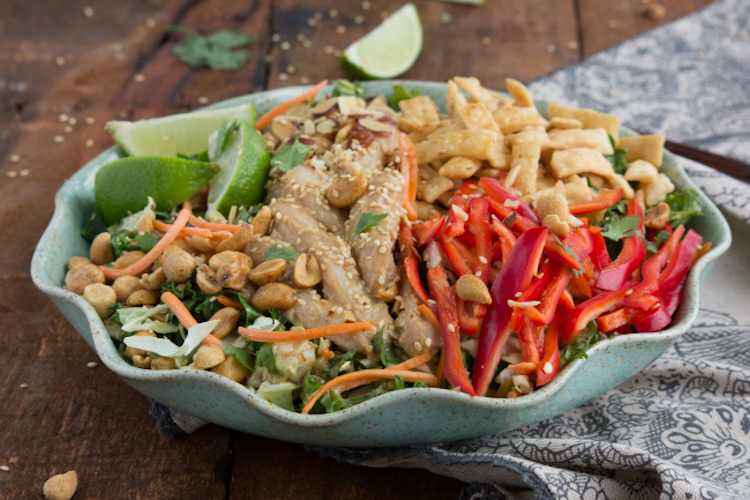 [adinserter block=”1″]
This salad is filled with fresh ingredients, packed with protein, and has a dressing that is deliciously spicy. It’s got some great crunch and a peanut flavor that everyone will love.

Another great thing of this salad is that it starts off with a kit. I used an Asian blends kit that is made by Dole.

This kit has shredded green and red cabbage, kale, broccoli slaw, cilantro, and shredded carrots. Then I chopped up some extra lettuce and added that to the mix for a more robust salad.

I also wanted a little bit more of a cilantro flavor, so I added a few tablespoons to the salad. The cilantro is an optional addition all depending on how much you like or don’t like the flavor.

Personally I can never have enough cilantro, but my husband isn’t a huge fan of it.
[adinserter block=”4″] 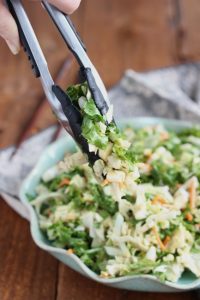 The vegetables that ended up on this salad beyond the lettuce are some red bell peppers and some shredded carrots. You can add some other vegetables or substitute for ones you like more.

Edamame, peas, or green onions would all taste great on the salad. You could also add in some fruit if you like fruit in your salads. Mandarin oranges makes a great addition in an Asian salad.

The dressing for this salad is homemade, but a very easy one to make. Pretty much you just combine all of the ingredients in a resealable jar and shake it until they are combined.

Make sure to taste the dressing and adjust any seasonings before tossing your salad in the dressing. If you aren’t interested in making your own dressing, the salad kit does come with a fantastic dressing so you could use that instead.

It’s not as spicy as the one that I’ve made, but it’s still pretty good on the salad! 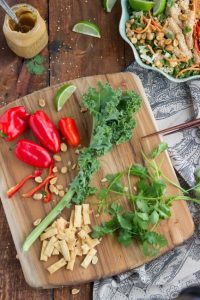 The chicken that goes on this salad is mixed in a simple peanut sauce and then coated in sesame seeds. Start off by cooking the chicken.

Lightly coat your skillet with 2 to 3 teaspoons olive oil and then preheat the skillet over medium-high heat until it is hot. Place the chicken in the skillet and then reduce the heat to medium and cook until the meat is no longer pink and the juices run clear. This takes about 8 to 12 minutes.

As the chicken cooks, turn it occasionally so it browns evenly. If it starts to brown too quickly, you’ll want to reduce the heat to medium-low.

Once the chicken is completely cooked through, you can then slice it into small tenderloins and toss it in the simple peanut sauce. The peanut sauce is a combination of peanut butter, coconut milk, soy sauce, garlic, ginger root, brown sugar, and lime juice.

All of the ingredients just get blended together and then thinned out with some hot water.
[adinserter block=”2″] 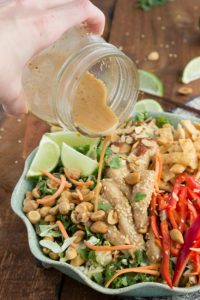 I used tongs to toss the chicken in the sauce and then sprinkled the sesame seeds over the coated chicken. By this time the chicken is most likely cooled off and if it hasn’t yet, allow it some time to cool.

Once the chicken is cool, it’s ready to go into the salad.

Toss on some peanuts, wonton strips, and an extra squeeze of fresh lime and this salad is ready to go! If you aren’t going to eat the salad immediately and are trying to prep it beforehand, I would recommend keeping the ingredients separate and not tossing it with dressing until you are ready to serve the salad.

The dressing will make the lettuce much less crisp if it is sitting in it for a while. 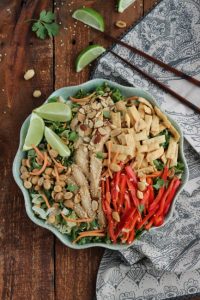 Grab some chopsticks and eat up! 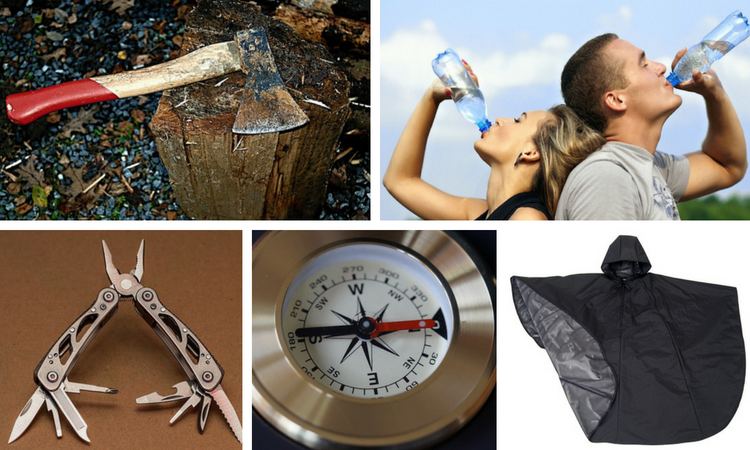 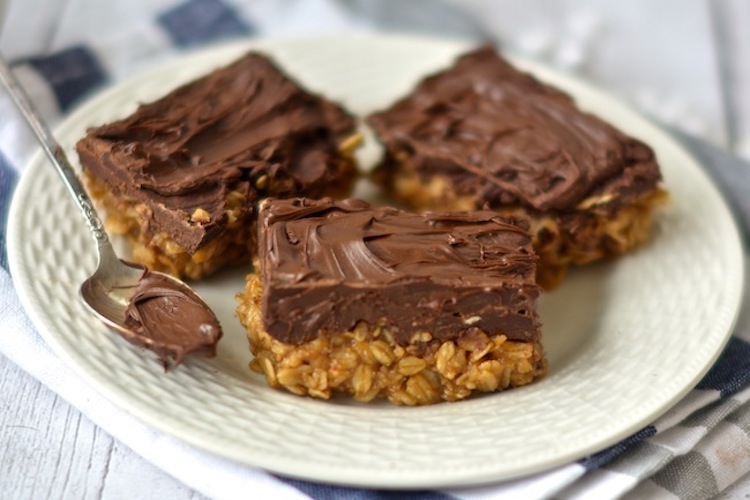 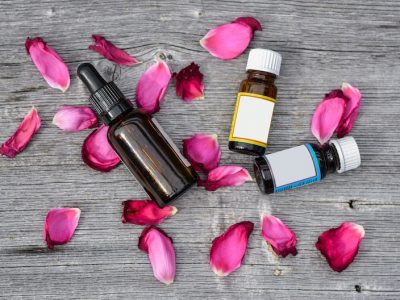 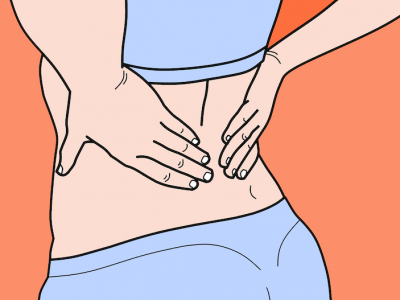 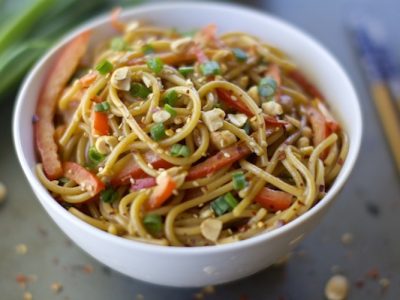